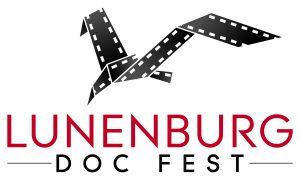 Lunenburg, Nova Scotia  —  The fifth edition of Lunenburg Doc Fest has opened submissions for its annual event, which takes place September 20 to 23, 2018.

Filmmakers from around the world are invited to submit documentaries for consideration.  All fact-based films are considered, however, there is particular interest in documentaries that fall within the following categories: Atlantic, International, Environmental, Political, Art/Music, Youth/Family, and Experimental. The festival showcases major artists as well as emerging voices.

“Lunenburg Doc Fest has grown year over year and proudly earned a reputation for presenting a compelling program of international films, and exceptional hospitality,” states executive director, Pamela Segger.  “Ultimately, the festival is about profound artistic experiences, exploring new ideas, making connections and challenging perceptions that influence how we see the world.”

The festival enjoys robust audiences and typically sells out of all passes. From September 20 to 23, Lunenburg Doc Fest will welcome film enthusiasts and filmmakers to experience its fifth edition and opportunities to connect audiences with the artists behind the work.