A young investigative journalist and his fiancée are brutally murdered in their home in Slovakia. Their deaths inspire the biggest protests in Slovakia since the fall of communism. The story takes an unexpected turn when a source leaks the secret murder case file to the murdered journalist’s colleagues. It includes the computers and encrypted communications of the assassination’s alleged mastermind, a businessman closely connected to the country’s ruling party. Trawling these encrypted messages, journalists discover that their country has been captured by corrupt oligarchs, judges and law enforcement officials. A reckoning awaits 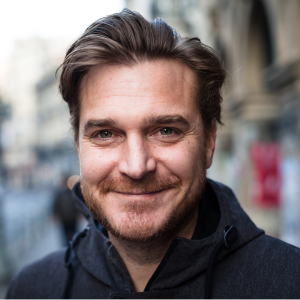 Matt Sarnecki is a journalist, producer and film director at the Organized Crime and Corruption Reporting Project. He has directed several documentaries broadcast throughout Europe and beyond. His documentary Killing Pavel, about the murder of investigative journalist Pavel Sheremet, won the Investigative Reporters and Editors Medal in 2017 and the DIG Award (Italy) in 2018. Previously, he produced and directed documentary series featured on VICE and Powder.com.