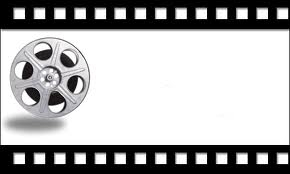 THE PEOPLE OF BLUE ROCKS

Screens before Bounty: Into the Hurricane

Filmed in 1941. Fishermen of German and Dutch descent make their living from the sea. The film opens at sea, where a father and son from the village of Blue Rocks are shown working the in-shore fisheries. The fishing village has a closely-knit community life; the social centres of it are the store and the church. Young people gather at the store and afterwards the whole community, young and old, gathers in the church hall for a chowder supper and auction in aid of the local church fund. Early next morning our fisherman and his son are in their boat, slipping out of the Blue Rocks cove on their way to the in-shore fisheries for another day’s toil.

Train of Thought poetically documents a photographer’s experience riding the NYC subway, captivated by the inherent beauty of human interaction, and the sharing of time and space with complete strangers.

Nance co-directs and collaborates with world renowned Mi’kmaq artist, Alan Syliboy (redcrane.ca) as well as working with her partner, Jamie Alcorn on the soundscape of this animated short featuring Syliboy’s visually intoxicating artwork. Animated by Paton Francis, produced by the National Film Board and commissioned by APTN, Little Thunder is a coming of age story of nationhood that was featured at the 2010 Olympics in Vancouver.

LISTEN TO THE CHILDREN

Lunenburg Doc Fest Youth Program special guest and Junior Mentor, Logan MacGillivray, worked on a project with guidance from the Centre for Development and Peace Education (www.cdpeace.com) and sent two 40-foot shipping containers filled with educational, building and recreational materials to refurbish seven schools and build a children’s multipurpose resource centre for students and teachers at the cdpeace headquarters at Mayagba, Sierra Leone.

EVERYTHING IS A REMIX (PART 1)

Screens before The Girls in the Band

Nothing is original, says Kirby Ferguson, creator of Everything is a Remix. From Bob Dylan to Steve Jobs, he says our most celebrated creators borrow, steal and transform. What’s a remix? In Kirby Ferguson’s view, any piece of art that contains a recognizable reference to another work–a quote from a lyric, a borrowed riff, a filmic homage. Which makes almost everything a remix, from a Led Zeppelin song to a classic film from George Lucas. His deeply researched and fun four-part web series, “Everything Is a Remix,” dives into the question: Is remixing a form of creativity, a production of the new on the shoulders of what precedes it, or is it just copying? He comes out firmly on the side of creativity, calling for protections for people who, with good intentions, weave together bits of existing culture into something fresh and relevant.

Kirby Ferguson
Director, Everything is a Remix