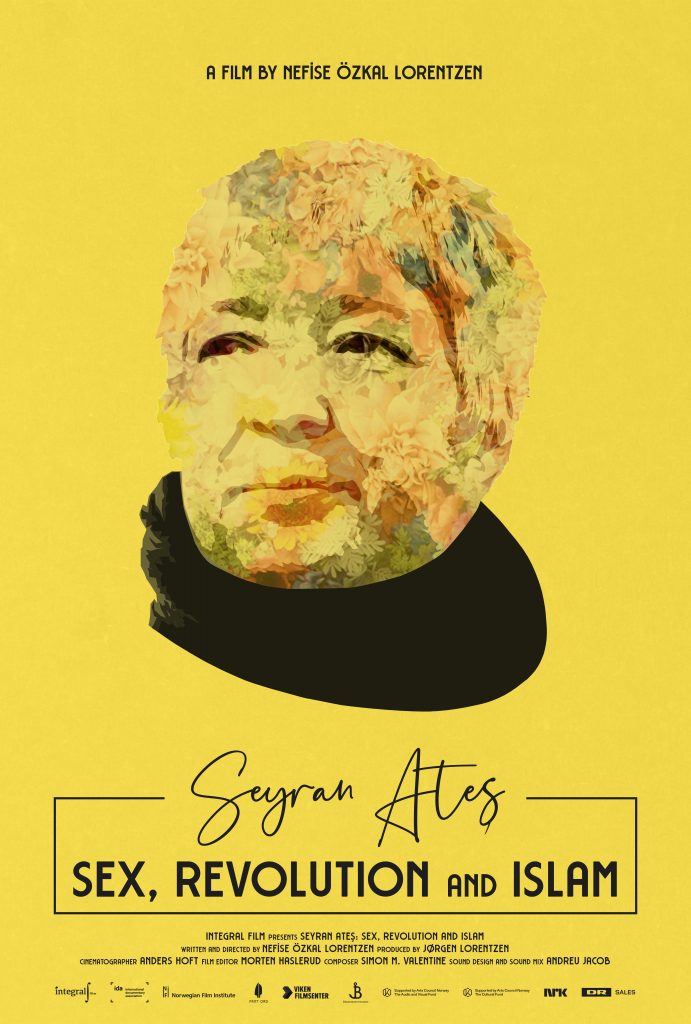 In the 1960s, the hippies championed the idea of a sexual revolution. They received neither Fatwas nor bodyguards. Today, Seyran Ateş – a Turkish- German lawyer, author, feminist, and one of the first female imams in Europe – is fighting for a sexual revolution within Islam. In return, two fatwas were issued against her, she has received uncountable death threats, and has been living under constant police protection for several years. While working at a women’s centre in 1984, she was shot in the neck by a Turkish nationalist. Seyran Ateş’ choice after the failed assassination attempt was very clear: she could give up or fight back. She experienced the threshold between life and death; this experience has given her strength to keep following her revolutionary ideas. However, the number of death threats against her rose drastically, not only from extreme Islamists and Turkish-Kurdish nationalists, but also from German right-wing extremists. By the time she opened the liberal Ibn Rushd Goethe mosque in 2017 in Berlin, the German authorities provided her with 24/7 police protection. As difficult as it is, she has always carried on her fight, not only as a lawyer and women’s rights activist, but also as a female imam.

Nefise Özkal Lorentzen is a Turkish-Norwegian writer, filmmaker and associate professor at the faculty of Audiovisual Media and Creative Technologies at Innland University, Norway. She received her B.A in Political Science at Bosphorus University in Istanbul and her M.A in Media and Communication at the University of Oslo. Over the past two decades she has produced and directed several controversial documentaries related to Islam. As a result of her dedication to LGBTQ rights and human rights activism through her films, she’s been named one of the TOP 10 immigrant role models in Norway. Her trilogy of films entitled, Gender Me (2008), A Balloon for Allah (2011) and Manislam (2014), brings alive these untold stories through public visibility. Nefise has received several awards and nominations, and her films have premiered in prestigious festivals such as IDFA, Rhode Island Film Festival, and Göteborg Film Festival among others. She was nominated for the History Makers Award in NYC. Utilizing her workshop concept, “gender activism through films”, she has cooperated with various NGOs in Indonesia, China, Bangladesh, Turkey, Germany, USA etc. She hopes one day gender segregation and violence against women will be a long-forgotten aspect of history.