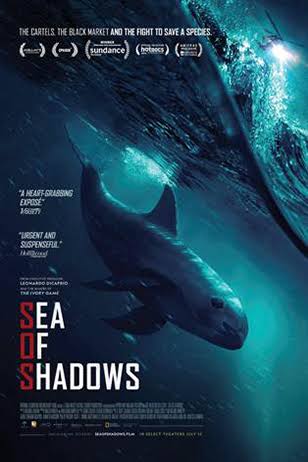 The Sea of Cortez is facing total collapse because of a war at sea. Mexican drug cartels have discovered the “cocaine of the sea,” a valuable fish called the totoaba—which is at the center of a multimillion-dollar business with the Chinese Mafia. To find the fish, these cartels are destroying the ecosystem with illegal gill nets and, in doing so, are killing the Earth’s smallest whale—the vaquita. Local fishermen, caught between the tight grip of the cartel and fighting to protect their livelihood, find themselves in a desperate dance for survival. A dramatic documentary thriller, Sea of Shadows follows undercover investigators, environmentalists, journalists, and the Mexican navy in their furious, last-minute efforts to rescue the vaquita from extinction and uncover this expansive black-market ring.

Filmmaker Richard Ladkani finds incredible access and paints a 360-degree view, capturing striking observational footage of the action to protect the Sea of Cortez, which Jacques Cousteau called “the aquarium of the world.” Saving the vaquita means saving an entire sea—and the critical balance of nature. 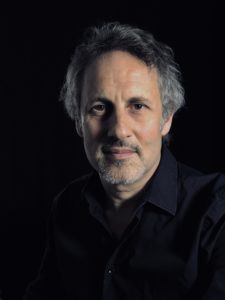 Richard Ladkani is a critically acclaimed Austrian director and cinematographer whose signature fly-on-the-wall approach and immediate connection to his protagonists have earned him numerous international awards. His last feature documentary, the Netflix Original The Ivory Game, which was executive produced by Leonardo DiCaprio, was short-listed for an Academy Award. With his company Malaika Pictures, Ladkani produces films that shine a spotlight on the most pressing environmental and political issues of our time.