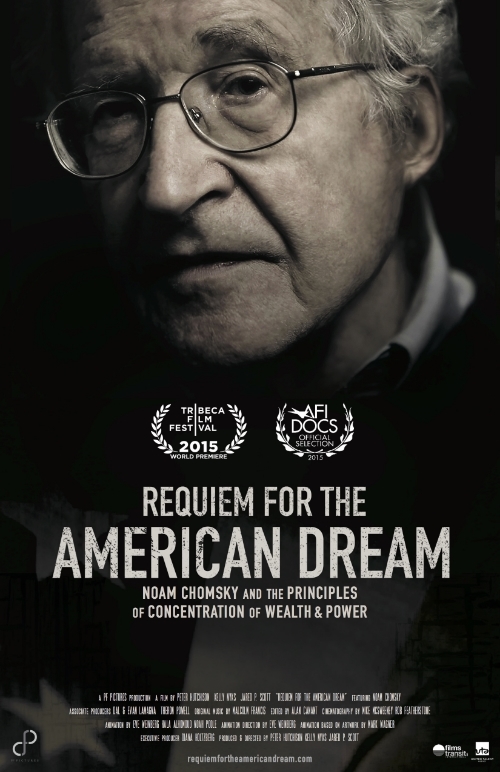 In Requiem for the American Dream, Noam Chomsky, widely recognized as the most influential intellectual alive, makes plain the principles perpetuating the concentration of wealth and power in the hands of a select few.

In his final long-form documentary interview, Noam Chomsky exposes with searing clarity the forces and policies behind the coordinated campaign to concentrate wealth and power in the hands of a select few. Articulating ten fundamental principles that perpetuate this vicious cycle, Chomsky provides penetrating insight into the demise of democracy and erosion of opportunity that are likely to be the lasting hallmarks of our time.

Five decades ago, Noam Chomsky warned against a dangerous trend he was witnessing – the increasing consolidation of wealth and power in the United States. This trend, he cautioned – if not addressed – would expand exponentially and result in dire implications on the healthy functioning of democracy, and our sense of shared aims.

In his final long-form documentary interviews – filmed over four years – Chomsky unpacks the principles that have brought us to the crossroads of historically unprecedented inequality. Tracing a half-century of policies designed to favor the most wealthy at the expense of the majority, Chomsky lays bare the costly debris left in its wake: the evisceration of the American worker, disappearance of the living wage, collapse of the dream of home ownership, skyrocketing higher education costs placing betterment beyond reach or shackling students to suffocating debt, and a loss of solidarity that has left us divided against ourselves.

Requiem provides a clear, accessible explanation of how we got here – from of one the greatest thinkers of our time – and is a film nobody interested in the defining issue of our era can afford to ignore. 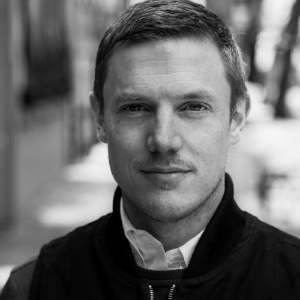 Kelly is an award-winning director of narrative & documentary films and a partner at PF Pictures.

He most recently directed and produced DISRUPTION – the story of the greatest crisis mankind has ever faced and the movement rising to fight it (all platform distribution). Kelly also directed and produced DO THE MATH – chronicling America’s preeminent environmentalist Bill McKibben in a David vs. Goliath battle to fight the fossil fuel industry and change the terrifying math of the climate crisis (Al-Jazeera America).

Kelly wrote, directed and produced SPLIT: A DEEPER DIVIDE – a non-partisan investigation of the US political divide, hailed by Variety as a ‘solid, evenhanded spur for discussion’ and ‘a Must See’ by The Examiner (The Documentary Channel). His directorial debut SPLIT: A DIVIDED AMERICA won Best Documentary and Audience Favorite awards at festivals nationwide and cornerstoned a nationwide First Time Voter campaign in partnership with the National Council for the Social Studies, the National Association of Secondary School Principals, MTVu and Rock the Vote.

Kelly directed and produced the critically acclaimed shorts MONEY IS MATERIAL and IMPOSSIBLE, both Vimeo Staff Picks, as well as producing THE ARTIFICIAL LEAF, which won the Jury Prize in the Focus Forward Filmmaker Competition and will play Film Festivals worldwide this year.

He is currently Artist-in-Residence at the Faculty of Arts and Sciences at Harvard University.

Filmmakers not in Attendance