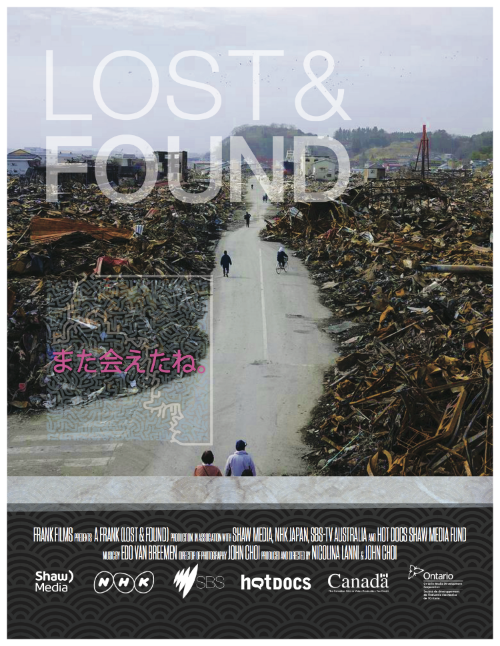 Lost & Found explores the unlikely friendships that were forged on opposite sides of the world, in the wake of a massive natural disaster.

Imagine loosing everything – your home, your car entire villages washed away. Any semblance of a life that once was is gone.

On March 11, 2011 Japan was hit by the largest earthquake in its recorded history. The ensuing tsunami engulfed over 90 cities killing more then 18,000 people and leaving hundreds of thousands of families homeless. Millions of tons of debris was pulled into the Pacific Ocean that day and was left floating towards the Pacific North West. Entire homes, boats, the remnants of people’s lives lost to sea.

Then the unimaginable happened – just under one year later the first of the tsunami debris started washing ashore in North America and beachcombers did not let it go unnoticed.

People all across the Pacific North West started finding items washed ashore from the Japanese tsunami and became determined to trace them back to their original owners. LOST & FOUND follows the epic adventures of regular citizens who leave their small towns (some for the first time) to travel to Japan in hopes to reunite people with some small piece of their past.

People across 3 countries, 2 continents, who are separated by the largest body of water on earth are coming together to share in the memories, mourn the loses and find great joy in the reuniting of something once thought to be lost forever but has now been found. 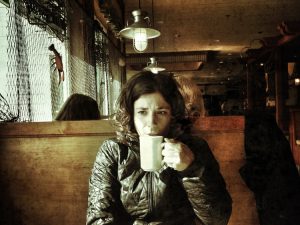 NICOLINA LANNI is a Toronto based filmmaker with a background in Journalism. She began her career working in public radio at the CBC but quickly turned film. She has emerged as both a Director and Producer working in feature film and broadcast television which include programming for The History Channel, Discovery Channel, NHK, SBS, Shaw Media and more. She has worked on numerous award winning programs like NAZI HUNTERS and MANSON. LOST & FOUND is her first feature documentary. 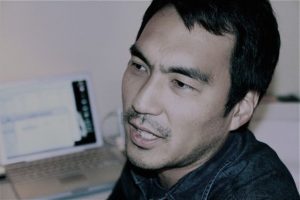 JOHN CHOI is a Toronto based filmmaker. His career began in New York and Los Angeles working on feature films which include 28 days, The Out-of-Towners and In Dreams. He has emerged as both a Director and Director of Photography working on commercials, music videos and television series which include The Food Network, Discovery Channel, SBS, NHK and Shaw Media – Fresh With Anna Olson, Motives & Murder and William Shatner’s Weird or What? He was nominated for a Gemini Award in 2011 and recently formed the production company Frank Films. LOST & FOUND is his first feature documentary.