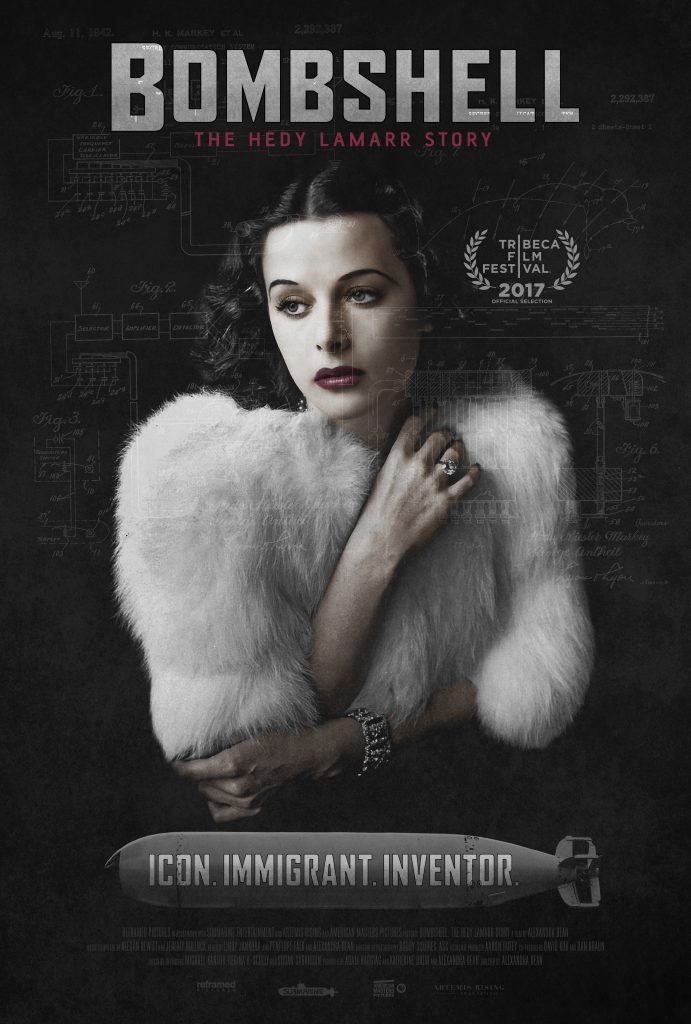 Hollywood star Hedy Lamarr (ZIEGFELD GIRL, SAMSON AND DELILAH) was known as the world’s most beautiful woman – Snow White and Cat Woman were both based on her iconic look. However, her arresting looks and glamorous life stood in the way of her being given the credit she deserved as an ingenious inventor whose pioneering work helped revolutionize modern communication. Mislabeled as “just another pretty face,” Hedy’s true legacy is that of a technological trailblazer. She was an Austrian Jewish emigre who invented a covert communication system to try and help defeat the Nazis, then gave her patent to the Navy, but was ignored and told to sell kisses for war bonds instead. It was only towards the very end of her life that tech pioneers discovered her concept which is now used as the basis for secure WiFi, GPS and Bluetooth. Hedy never publicly talked about her life as an inventor and so her family thought her story died when she did. But in 2016, director Alexandra Dean and producer Adam Haggiag unearthed four never-before-heard audio tapes of Hedy speaking on the record about her incredible life.

Alexandra Dean is an Emmy Award- winning journalist and a documentary director and producer. She produced news-magazine documentaries for PBS before becoming a series and documentary producer at Bloomberg television, producing the series Innovators about inventors who shape our world. She also writes about invention for Businessweek magazine. Today, she is a founding partner at Reframed Pictures. “Bombshell: the Hedy Lamarr Story” is her first feature documentary and she is absolutely thrilled to be traveling the world with it, and talking to women who like to shake things up just like Hedy Lamarr.