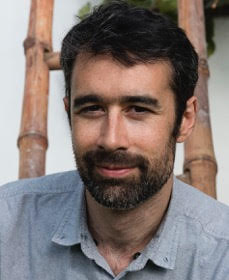 Ariel Nasr will take part in the Atlantic Canadian Premiere of In The Name Of All Canadians, a compilation of six short documentaries commissioned by Hot Docs. Nasr’s The Long Way Home is one of six short documentaries that make up the film compilation. The free screening and discussion will take place this Saturday, July 22. Nasr will present the film compilation and participate in a post-screening Q&A.

In 2013 Nasr was nominated for an Academy Award for producing the short, live-action film “Buzkashi Boys” shot entirely on location in Afghanistan. He is the writer and director of Canadian Screen Award-winning documentary, “The Boxing Girls of Kabul” and CBC’s “Good Morning Kandahar”.

Ariel Nasr is currently shooting “The Forbidden Reel”, a feature documentary for TVO, RDI and ARTE which uses a hidden film archive to reexamine the history of Afghanistan. His work encompasses documentary and narrative film, video installation and interactive storytelling and has been broadcast and featured at festivals around the world. His recent interactive project, “Kabul Portraits”, exploring the lives of Afghan storytellers, can be viewed online at http://kabulportraits.nfb.ca.

In The Name Of All Canadians will screen at Lunenburg School of the Arts, 6 Prince St, at 7:30pm. Doors open at 7:00pm. Please join us!