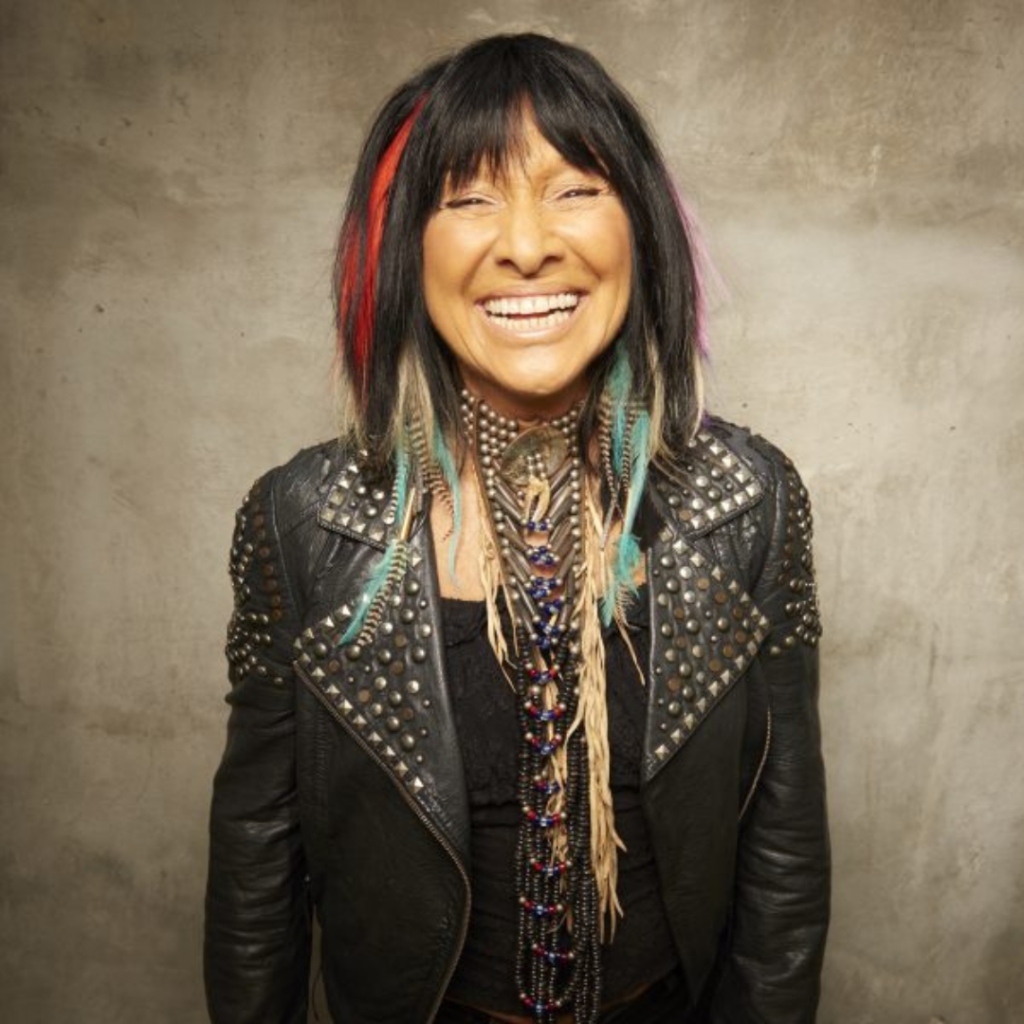 BUFFY SAINTE-MARIE: CARRY IT ON

Carry It On is a feature documentary about Buffy Sainte-Marie. Innovator, musician, songwriter, performer, activist, philanthropist, and educator, Buffy’s career spans over sixty years and includes countless milestones: she became famous by writing the anti-war anthem Universal Soldier; made one of the first electronic albums in 1969; was the first Indigenous person to win an Academy Award (in 1983 for Up Where We Belong); made the first album over the internet in 1991; and became the oldest person ever to win the Polaris Music Prize in 2015.

So why is Buffy Ste. Marie not a household name?

Buffy’s music was suppressed by two Presidential administrations. She used her fame and platform to speak out about issues affecting Native Americans during her appearances on TV and Radio, hoping that if people heard, they would help. This led to her being blacklisted from American radio.

A prolific and unique songwriter, Buffy has been covered and sampled by everyone from Elvis and Barbra Streisand to Courtney Love and Kanye West.

But what is it like to be ahead of your time as an artist and a person? How do you stay motivated and not succumb to frustration and anger? This film examines those questions while offering a retrospective on Buffy’s unique life and career, utilizing archival material (some never seen before) and cinematic recreations. The film also looks ahead at what’s next for this trailblazing icon, sharing Buffy’s unique message and approach to life: “Sometimes you have to carry the medicine a while before people are ready for it.” The film will examine not only Buffy’s medicine, but if the world is now ready for it.

With her full participation and firsthand accounts, Buffy guides the narrative while friends, colleagues, community members, and industry professionals provide context and perspective. With exclusive access to her life on the road and at home, the film also offers a behind-the-scenes look at Buffy’s 2021 North American tour (in the midst of a global pandemic as the world was coming together, briefly, for the first time in almost two years to hear live music), shedding light on an artist who, at 81, is still thriving, creating, and evolving in every area of her life, helping the world to ripen a little more every day.

One of Canada’s most versatile filmmakers, Thomas is a tour de force. A storyteller of mixed ancestry (Ojibwe/Saulteux & Russian/Ukrainian settler) she has a rapidly growing number of credits as a writer, director and editor: TAKEN (APTN), Burden of Truth (CBC), Pretty Hard Cases (CBC), and SKYMED (Paramount Plus/CBC). Last spring, Thomas went to camera with her second feature film, post-apocalyptic drama Finality of Dusk; co-written with Katarina Ziervogel and produced by Eagle Vision. Thomas is a committed youth mentor, and passionate advocate for inner city/low-income arts education. She is excited to share this film and Buffy’s story with you.